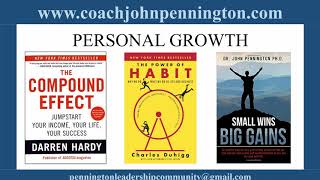 I was driving to work this summer (2020) on a Wednesday morning thinking about the upcoming year and possible season (it hadn’t been cancelled yet). Our conference had put out a shortened schedule for the fall and we were all determined to play if possible. I knew the chances were slim, but no one really knew what was going to happen in the upcoming semester, let alone the next day. A few of our leaders were in town working out and I had called an in-person meeting – socially-distanced of course – for early Thursday morning to discuss our possible season and what was lying ahead.

On my drive into work that Wednesday morning, I was listening to a podcast about leadership while pondering what to tell our staff, leaders, and team in the upcoming days and weeks. As I was daydreaming about what to tell everyone, something caught my ear on the podcast. The person being interviewed was talking about leadership during difficult times and went into a quick history lesson about how Winston Churchill led Britain during the beginning of World War II.

The interviewee claimed that Churchill used three deliberate messages to rally his country and his troops during a time of uncertainty. I do not remember the exact way the interviewee explained the three messages, but these are the messages as I remember them:

2. THIS TOO SHALL PASS

“The Hard Truth” – A world war was eminent and they were going to lose a lot of lives and freedoms over the next few years and that everyone would have to sacrifice. He laid out the cold, hard facts of what “could” happen and was honest about it.

“This Too Shall Pass” – A message to his people that, eventually they would get back to normal as long as they continued to fight and press on (KBO was Churchill’s acronym for Keep Buggering On). Although it was bleak and ugly in the present moment, eventually the war would be over and with enough dedication and determination they would be back to their normal lives.

“We Can Do This” – A message to his people that they were united and they had a unique skill set to conquer the obstacle in front of them – because of their innate fortitude. A powerful and inspirational message that brought the country together to fight and preserver to victory. I love this quote from Churchill about his country’s determination:

As I listened to this I couldn’t help but think about the correlations between our current situation and the situation Churchill found himself in during World War II. I do understand that coaching football IS NOT WAR, but there are similarities that we can learn from. The adversity faced by military leaders created legendary acts of courage and leadership that can be used in other settings. Churchill’s leadership was one of the most unifying and inspiring of any leader in human history and lives in the history books forever. I thought it would be the perfect message for how to lead our team during this pandemic.

I decided to use these three deliberate messages with my leaders. We had not seen each other – physically – in months and only had interactions on zoom calls. I needed to have a powerful message. We had had an issue occur within our team and the leadership meeting was called to handle that issue, but I knew this would be a great opportunity to use Churchill’s leadership tactics to unify our leaders and our team. Considering this would be one of my only opportunities to meet in person, I had to make it count.

After we discussed the issue that came up and came to decisions on a few other topics, I went into my Churchill inspired speech. I laid out three similar messages:

2. THIS TOO SHALL PASS

The next message was about the light at the end of the tunnel. Whether we played in the fall of 2020 or not, I told them I was certain we would play football again. Eventually, this pandemic would subside and we would get back to playing the game we love and be able to have the experiences we were looking for. Even though we did not know what the future would hold, we did know that eventually we would play football again!

The final message was to unify our leaders on our new path. I told them, “We’re built for this!” Our program motto is that “We are the Toughest, Most Connected Team in the Country!” We built our entire program on training mental toughness and a family environment. We had trained for years to handle difficult situations as they arise on the football field and in life. We had built relationships and connections with teammates to help us get through difficulties as individuals and stay unified as a team. We had trained our players to have a champion’s mindset in whatever they were facing in life. If any team was equipped to handle what was going on, it was our team, “The Toughest, Most Connected Team in the Country!”

This speech galvanized our leaders and myself to our new cause of, “Attack The Day!” Since we didn’t know what would happen next, we should just attack each day as it came and give our all to the workout, class, meeting, or practice in that moment. Not just get through the day. Not win the day – because winning and losing our out of our control. But “Attack The Day!” Whatever we had that day, we would go all-in and attack it.

There are times as a public speaker that your message falls on deaf ears and there is very little connection with the audience. There are also times when the audience is hanging on to every word you say and completely connected with the message. I’m no public speaking guru and most speeches fall somewhere in the middle of these two extremes. But this message was received perfectly and we connected on a level like a hadn’t seen very often. Myself and our leaders were completely together on how to lead our team through the pandemic.

I can remember one of our leaders saying, “Coach, you’re like the most positive guy we’ve ever met and if you’re telling us we might not play, then it must be bad. There’s no way we’re playing.” My answer was that this was neither a positive speech nor a negative speech, and my positive outlook on life had no impact on what I was saying. I was just laying out the facts, the good, the bad, and the ugly. What I wanted to do was lay everything out and figure out what we needed to do next to win. It had nothing to do with positive or negative. It had to do with thinking like a competitor and seeing everything for what it was and then heading in a unified direction together.

Knowing our battle plan was not only reassuring for our players, but it completely made me feel at ease. All that worry about what to do faded away and I knew I just had to “Attack The Day” and keep our team on that same path. I think it took a huge load off of our players because they knew what to do even though nobody knew what was coming. That clarity and relief helped us navigate through the toughest semester in college football history.

It wasn’t perfect, but we did get to play some football and when we did, we attacked it! We enjoyed everything we got to do because we understood what we were doing and why. We didn’t know what was going to happen, but because we were all on the same page, we were able to adapt as a program in a much smoother way. And there was plenty of adapting that everyone had to do.

Churchill’s leadership message unified us and gave us a different lens to look through. Instead of being angry every time something was taken away or every time something changed – which happened almost daily – we attacked whatever we were given and were grateful to have something to attack! Because we knew that we could get shut down at any time (The Hard Truth), but we would eventually play ball again (This Too Shall Pass) and we were built for this (We Can Do This).

I am grateful that I heard that message and was able to use it to help our team come together and – in the face of adversity – continue to move forward and to keep a positive mental attitude during all of the uncertainty. If you are trying to lead through uncertainty or adversity, this is a great leadership approach to use to galvanize your team. It allows you to pump the breaks, recalibrate, and move forward in a new direction together.